Mobile devices for fifth generation (5G) wireless communication will be required to operate at millimeter-wave frequencies with complex antenna structures; to be energy efficient; to enable very high speed data transmission; to allow versatility in their applications; and to use highly integrated electronic technologies. The multi-IC (Integrated Circuits) millimeter-wave transmitter front-end section, including power amplifiers, will play a critical role to achieve this. Research on energy efficiency and linearity improvement approaches has shown a remarkable progress over the last two decades, from basic dynamic biasing and load switching in early 3G CDMA devices to advanced Doherty architectures and Envelope Tracking in 4G LTE devices, but is encountering dramatically increased challenges on the 5G roadmap. These recent trends are proving to be questionable, to the very least, in the context of multiple antennas for beamforming and Multiple-Input- Multiple-Output (MIMO) architectures, compounded by significantly higher losses at millimeter-wave frequencies (28 GHz, 60 GHz) and the large bandwidth requirements (ranging from few hundred MHz to well above 1 GHz). In addition, the perspective of more versatile functional capabilities in the mobile devices, such as interfacing with millimeter-wave identification devices (MMIDs) and other ultra-low-power RF/millimeter-wave devices, adds to the complexity of the front-end circuits. These new challenges come with exciting and new research opportunities, requiring a new look into the use of software-assisted hardware reconfiguration for efficiency improvement, digital signal processing for linearity improvement and embedded calibration.

Nicolas G. Constantin received the B.Eng. degree from the École de Technologie Supérieure (ÉTS)–University of Quebec, Montreal, QC, Canada, in 1989, the M.A.Sc. degree from the École Polytechnique de Montréal, Montreal, QC, Canada, in 1994, and the Ph.D. degree from McGill University, Montreal, QC, Canada, in 2009, all in electrical engineering. He was involved in the design of microwave transceivers for point to point radio links from 1989 to 1992. From 1996 to 1998, he was an RF Design Engineer at NEC, Melbourne, VIC, Australia, where he was involved in the development of RF and microwave transceivers for mobile telephony. From 1998 to 2002, he was a Senior Design Engineer with Skyworks Solutions, Inc., Newbury, CA, USA, where he developed GaAs HBT RFIC PAs for wireless communications. At Skyworks Solutions, Inc., he was also actively involved in research on smart biasing and efficiency improvement techniques for RFIC PAs, and has authored three patents on the subject. He is currently an Associate Professor with ÉTS. His current research interests include the design and test of RF and millimeter-wave ICs and front-end modules for wireless communications. Dr. Constantin was a recipient of a Doctoral Scholarship from the Natural Science and Engineering Research Council of Canada and a Doctoral Scholarship from ÉTS.

Dong-Choon Lee received his B.S., M.S., and Ph.D. degrees in Electrical Engineering from Seoul National University, Seoul, Korea, in 1985, 1987, and 1993, respectively. He was a Research Engineer with Daewoo Heavy Industry, Korea, from 1987 to 1988. Since 1994, he has been a faculty member in the Department of Electrical Engineering, Yeungnam University, Gyeongbuk, Korea. As a Visiting Scholar, he joined the Power Quality Laboratory, Texas A&M University, College Station, TX, USA, in 1998; the Electrical Drive Center, University of Nottingham, Nottingham, UK, in 2001; the Wisconsin Electric Machines and Power Electronic Consortium, University of Wisconsin, Madison, WI, USA, in 2004; and the FREEDM Systems Center, North Carolina State University, Raleigh, NC, USA, from September 2011 to August 2012. His current research interests include ac machine drives, the control of power converters, wind power generation, and power quality. Professor Lee is currently the Editor-in-Chief for the Journal of Power Electronics of the Korean Institute of Power Electronics. Networked systems of tiny wireless and sensing-enabled devices continue to give birth to a host of new applications that range from medical sensors for image-guided surgery, to distributed image-based surveillance of remote areas for security or environmental reasons. Such applications mandate new requirements in terms of size of the devices as well as the bandwidth required. Extreme requirements for small size packaging of the devices are obvious for many applications including biomedical ones. Fully integrated sensor modules that are capable of harvesting energy, sensing the environment and communicating with other sensors or base stations are becoming a necessity. Despite the development chips for these systems, there continues to be a need for improved implementations of micro-scale detection and processing systems for further convenience, scaling and portability. These systems would include a sensor module (mostly in mems), attached to analog front end circuitry, an analog to digital converter and a wireless communication module. We will present the research conducted at KAUST addressing many of these components. A flagship project demonstrating these concept is a single chip implantable wireless sensor system for Intraocular Pressure Monitoring (IOPM). This system-on-chip (SoC) is battery free and harvests energy from incoming RF signals, consumes 513 W of peak power and when implanted inside the eye, it can communicate over a distance of more than 15 cm.

Khaled Nabil Salama received the B.S. degree  from the Department Electronics and Communications, Cairo University, Cairo, Egypt, in 1997, and the M.S. and Ph.D. degrees from the Department of Electrical Engineering, Stanford University, Stanford, CA, USA, in 2000 and 2005, respectively. He was an Assistant Professor at Rensselaer Polytechnic Institute, NY, USA, between 2005 and 2009. He joined King Abdullah University of Science and Technology (KAUST) in January 2009, where he is now an associate professor, and was the founding Program Chair until August 2011. His work on CMOS sensors for molecular detection has been funded by the National Institutes of Health (NIH) and the Defense Advanced Research Projects Agency (DARPA), awarded the Stanford–Berkeley Innovators Challenge Award in biological sciences and was acquired by Lumina Inc. He is the author of 160 papers and 14 US patents on low-power mixed-signal circuits for intelligent fully integrated sensors and neuromorphic circuits using memristor devices. 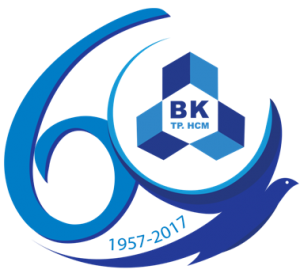